March 5, 2019 – Stone Ridge, NY – The SUNY Ulster Visiting Artist Series brings the talents of Dutch composer and conductor Johan de Meij to the Quimby Theater on Tuesday, March 19 at 7:30 p.m. Johan de Meij joins the SUNY Ulster Wind Ensemble as a guest conductor. The performance will feature works by de Meij and others, and there will be a Q&A session at the performance. This event is free and open to the public.

Johan de Meij studied trombone and conducting at the Royal Conservatory of Music in The Hague. His award-winning oeuvre of original compositions, symphonic transcriptions, and film score arrangements has garnered him international acclaim. His Symphony No. 1 The Lord of the Rings (Sudler Composition Prize) has been recorded by The London Symphony Orchestra, The North Netherlands Orchestra, The Nagoya Philharmonic, and The Amsterdam Wind Orchestra, among others. His symphonies have been enthusiastically received at many of the world’s finest venues.

Prior to composing and conducting, Johan de Meij enjoyed a successful career as a trombone and euphonium player, performing with major orchestras and ensembles in The Netherlands. He is in high demand as a guest conductor and lecturer, and he is often invited to speak about and perform his works. In 2010, he was appointed regular guest conductor of the Simón Bolívar Youth Wind Orchestra in Caracas, Venezuela. He currently maintains posts with both the New York Wind Symphony and the Kyushu Wind Orchestra in Fukuoka, Japan as their principal guest conductor. Johan is founder and CEO of his own publishing company Amstel Music, established in 1989. 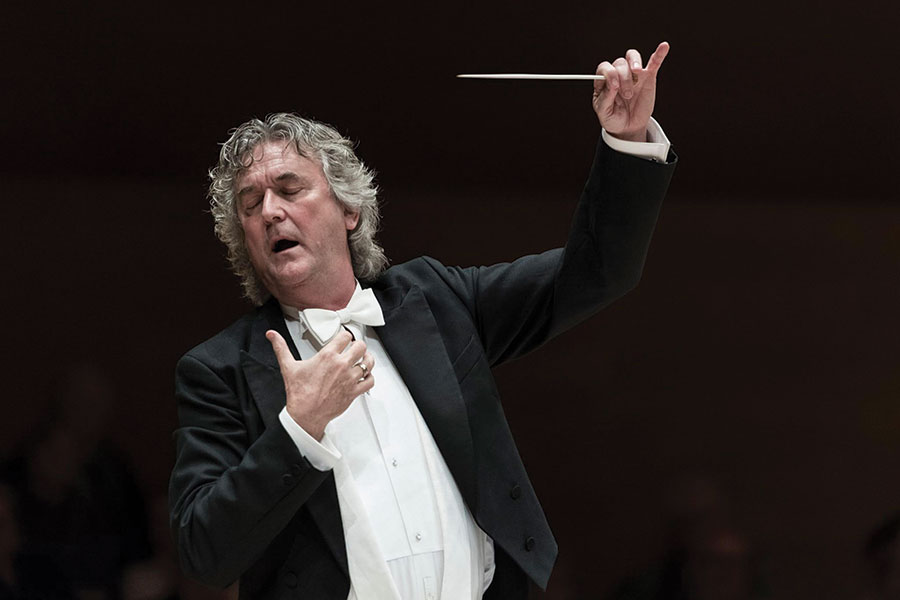